Permalink Reply by Annette Giertsen on May 24, 2011 at 6:49
PATRIR has meant an inspiration for and direction to my work on children and young people's peace building. It started when I attended a course in 2004. In cooperation with Save the Children Norway PATRIR has made significant contributions to training young people from 23 countries and in supporting their peace building initiatives. PATRIR combines concenptual and knowledge development with training and sharing of experiences; they combine theory with praxis such as mediation all over the world and show an enormous dedication to peace. It is this combination that gives me confidence in their work and is a reason for my recommending them to this prize.

I had the honor of meeting the PATRIR team in Bucharest, Romania, in 2008. Our encounter took place within the framework of the Black Sea NGO Forum “Time to Meet,” which was organized by the Romanian Foreign Ministry, and co-funded by UNDP-Romania, and BST-Project of the German Marshall Fund. During the forum PATRIR’s President Kai Brand-Jacobsen was moderating the panel on political affairs, and he also delivered several highly valuable and impressive lectures on peace building and conflict prevention.

We subsequently began collaborating with the aim of establishing the Black Sea Peacebuilding Platform, whose launch and formation had primarily fallen on the shoulders of the PATRIR team. We then held numerous trainings on the quest for a path toward the peaceful settlement of the Transnistrian conflict; these trainings brought together representatives from Moldova, Transnistria, Romania and the Ukraine, and also young analysts and social activists from the South Caucasus conflict zones—Georgia, Abkhazia, South Ossetia, Azerbaijan, Armenia, and Mountainous Karabagh (Artsakh).

The PATRIR team is not only a skillful organizer and initiator, but it also comprises a group of proficient individuals and high quality professionals who genuinely believe in, and are devoted to, peace and resolving conflicts through peace.

Therefore I highly commend PATRIR for this nomination, and am confident that this selection will be a deserving recognition of PATRIR’s exceptional efforts of the past ten years.

"I am still very grateful for the short time i spent at PATRIR in 2004. The peacebuilding, Conflict Resolution & Post War Reconstruction skills i attained PATRIR have been very helpful to me in my daily work as well as a peace advocate. Albert (Uganda) www.aymu.org I look forward to returning to PATRIR whenever God Permits me. "

Permalink Reply by Denis Matveev on May 24, 2011 at 7:29
I have worked at PATRIR since the beginning of 2005, from an intern all the way to a programme manager, and now as an independent contractor.  PATRIR fills a unique niche in the field of peacebuilding.  On the one hand its roots are in the activist tradition, run by volunteers for the first years of its existence and still retaining the collective motivation for a better world which brings together its current staff and collaborators.  On the other hand, it is focused on the kind of professionalism normally found in large peacebuilding organisations with ample institutional funding and government support.  However, PATRIR has remained independent and focused first and foremost on the needs of the conflict parties with which it works around the world.  More often than not the organisation does not take on the role of costly intermediary between donors in Western capitals and organisations in conflict zones.  Instead, PATRIR advises, trains and supports local actors in conflict situations as long as its invited and does not stay on beyond its welcome.  This approach is one from which many large organisations could learn - an approach which is focused on supporting people to build peace in their own communities, even if this needs to be done at the expense of financial growth on the side of PATRIR.  Much of the work of PATRIRians to this day is done without financial reward - linking people across sectors, institutions and regions, making voices from conflict zones heard around the world, sharing materials and best practices with those who need them to prevent violence at all levels.  Working at all levels is another unique point about PATRIR as a young and independent organisation.  The institute's practical peacebuilding work is done as often at the request of people wanting to improve the life of their own communities as it is at an inter-governmental level with organisations whose constituencies comprise whole states.

The people with whom PATRIR works in conflict zones and through its international training programmes are not the only ones who benefit from the organisation's existence.  PATRIR is also well rooted in its home community of Cluj-Napoca.  This is again an important indicator of how it fits the crossroads between local activism and global professionalism.  The majority of PATRIR's team are Romanian citizens, which means that the organisation offers a unique opportunity within Romania to work in the field of peacebuilding without leaving one's country.  This has extended to ongoing staff, many longer term interns and countless short term volunteers from the institute's home community.  For those that join the organisation, a new world opens up - a vast international network, depths of practical and theoretical knowledge from the experienced staff and an organisational culture which allows great freedom and rewards initiative.  For those people with whom PATRIR works through its Romanian projects, new methods of education become available, information is shared to broaden global solidarity on the key issues of our decade and active citizenship is encouraged as an approach to local community building.

I am personally grateful for the experiences I have had at PATRIR, for the opportunities which this organisation has provided to me and to its partners in the Black Sea Region where I have worked, and for the personal friendships which have always abounded in this enthusiastic team of young professionals.

I was very happy to find out about this nomination and I support it wholeheartedly.

I'm a volunteer for PATRIR and I chose to dedicate parts of my energy, time and knowledge to this organization because the people who work there are professional, committed and passionate for peacebuilding and they inspired me in their dream of a better world.

I’m happy being part of a select group of individuals as they are.

It is already an achievement that PATRIR is nominated for this prize, and they surely deserve it.

Keep going, PATRIR! Lots of people need you, many of us support you!

Proud to be a PATRIR volunteer and as someone once said: once a patririan always a patririan

Congratulations and keep up the good work :)

It's almost one year since I've joined PATRIR now and I can say that this experience has definitely brought up a change for me. Like the very well-known quotation saying "Be the change you want to see in the world" I can say that being part of this working environment and having had the possibility to take part to a couple of PATRIR trainings (Designing Peacebuilding Programmes and Creative Action for Positive Change) has really started to make a difference for me. High quality information, perseverence and commitment can be the best words to describe the kind of work that I've seen being done within PATRIR.

I've taken part to the organization of several events like One World Human Rights Film Festival in Cluj-Napoca, The 16 days campaign of preventing violence against women, Generating Change - An Artistic Encouter and so on. Furthermore, together with the team we've created several projects under the areas of: active citizenship and participatory democracy, development education and multiculturalism. At the moment we're preparing the first edition of the Arts and Multiculturalism Festival in Cluj-Napoca, which will take place in October this year, a major event meant to celebrate Cluj's multicultural environment and perspectives of becoming European Capital of Culture by 2020. PATRIR is the lead organization of the project but we definitely have to thank our partners (coming from 12 different ethnic communities living in Cluj and Transylvania) for their great support and active involvement.

Therefore, in the end, I have to say: Thanks PATRIR for giving me the opportunity to see that change can happen, can be generated and most of all that then it comes from within it can definitely make a difference!

For me PATRIR is a way of being, is a attitude for live. It was an experience who shaped me into the person that i am now. I was an intern in PATRIR in a period of time when i needed another perspective and PATRIR was the right place. I got another perspective about what community is, how to approach this field, what the conflict means, how to bring non-violent communication in my life,  what is my personal commitment in all this big work that PATRIR does. Everything that i learned and experienced in PATRIR started with me, by being the change that i want to see in the world. And my experience with PATRIR changed my perspective, help me to made the switch of  paradigm, and i use this attitude in my daily live, my work, my dreams. My heart is still there in the energy of peace and building new perspective about life, community, world.  I feel blessed to have this experience in my life and lucky to grow with this feeling.

Day by day , PATRIR inspires me  to me a better man ; to be a student who is interested not only on my needs , but also on the  others needs.

I am a young volunteer who works in this organization . I had many opportunities to learn about different cultures and to meet people extremely dedicated to their work. A small team succeeded to make changes in a world  torn by tensions and conflicts. Moreover , they show us that conflicts can be solved on peaceful ways , not only with violent measures.

PATRIR  plays an important part , both locally and internationally .PATRIR makes world a better place... that is why it wholeheartedly deserves my support !

Congratulations PATRIR for this nomination  !

I have a long experience of interacting, collaborating with PATRIR and participating in its activities. My direct acquaintance with PATRIR started after the inspiring conversation I had with its Director Dr. Kai Brand-Jacobsen at the Global Conference of NGOs at the General Assembly Hall of the United Nations in July, 2005 organised by the Global Partnership for the Prevention of Armed Conflict (GPPAC). ICCN coordinates the Caucasus region in the GPPAC network. Since then I and my colleagues had more than once a chance to witness a very high professionalism of Dr. Brand-Jacobsen and the excellent performance of PATRIR in organising training, problem-solving workshops and peacebuilding activities that gathered an international audience and charged them both with ideas and with toolkits for their implementation. This is a team of highly competent, inspired and kind people who do not spare their efforts to prepare and instruct professionals, develop and support peacebuilding efforts and conflict transformation. I can hardly think of any other organisation that could compete with PATRIR in fulffiling the criteria required for receiving the World Vision Peace Prize. I strongly support the PATRIR nomination for the mentioned prize and maintain the hope that the Selection Committee will make a right decision. 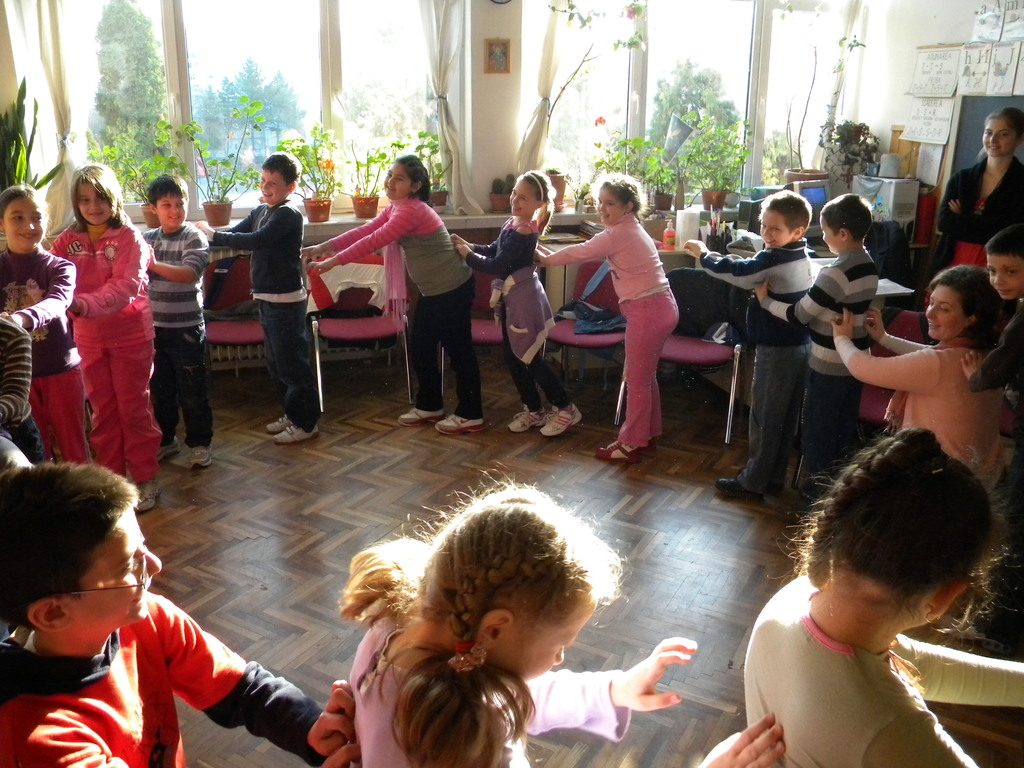